For almost a decade now I have had the assumption that MGTOW and red pill was the way to go and women were the problem. I am now coming to a different conclusion where I believe both are affected by this dying society equally. YAY for gender equality. Loneliness seems to be the real epidemic of our time and, particularly for zoomers, many are never even experiencing any of the coming-of-age social interactions previous generations experienced in the 15-early 20s age period of life.

What seems to be the case is that the internet has hijacked the male and female mind in the worst possible ways for both. For males it might be porn, for females it might be competing with each other via social media to show who can manipulate the media to prove they have the best experience or fun time. Both these examples contribute to an ever-growing gender divide where the sexes do not have much in common. Both are disaffected in real life with the other and both for reasons that can be traced back to internet usage. Females' overuse and oversharing on platforms such as tiktok has allowed for men to see and understand true female nature and the internet has given men a space to be able to break down and spread the theories of female nature to a large audience. Females have not stopped any of this behaviour despite men seeing through it on a massive scale, they seem to be addicted to producing this kind of content. Yes, men were sharing red pill knowledge long before tiktok, but video apps like tiktok have allowed for a much larger mass of men having their eyes opened to this.

For a long time many men in this sphere have considered that women are now having more sex on a larger scale than before, think AWALT all women are like that, however, this doesn't seem to be the case, it seems to be a perception only due to those kinds of women being more likely to produce content such as bikini tiktoks and the algorithm pushing those to you. People in general, particularly younger people, are just not fucking. Male sexual encounters have been reported to be less in recent sex study surveys, but female sexual encounters have remained steady. This sort of plays into the 80/20 rule long theorised in the manosphere where 20% of men get 80% of women but looking at real life couples and my observed experience, it isn't so much the 'Chads' getting the prize. I see male blobs with stunning females and I see female blobs with handsome males. I believe in the social proof theory myself, and that the looks do not matter so much if you were lucky enough to be part of a high functioning social group. This can be observed through looking at how male zoomers market themselves online 'add my snap to get my maps filled and score up' or people wanting you to follow their instagram despite only having one photo from 2018. If this is what they are desiring then clearly that is a reaction to what they are perceiving their more successful peers to already have.

Youtuber 'That Guy Pete' promotes the theory of 'only 40% of males will reproduce with 80% of females.' This leaves 60% of males as atomised outcasts and 20% of females as cat ladies drinking boxed wine. Now I am not sure where this theory stems from, however it sort of plays into the 'we need a war' situation where the male population can be reduced in order to arrive at some kind of balance that proved far more successful for gender relations in the boomer generation who stemmed out of a generation decimated by world war. The theory can be seen with a very large number of single mothers on the market who have at least one child. The single mother now finds a new man through her social network who, being in a social network, is a verified man, likely from the 40% mentioned earlier, who probably has kids with one or more women already and wasn't entirely burned by the ex. It also seems likely that the relationships may end amicably due to ever-increasing governmental support for single mothers, allowing that 'successful' man to continue reproducing with other women in his network. The disaffectedness thus only exists in the 60% of men and 20% of women. The 40/80 go along without any notice of the society decaying, in fact the majority of the disaffected may not even notice how common their plight is due to atomisation. Dating app statitics have long proven that they are majority male, with a small percentage of males getting all the likes. This also proves this theory as there would be many from the disaffected 60% plus the Chad guys who fuck around then leave her with a kid and/or broken heart.

Whilst this is only a short insight at best, the problem for guys at least is the loneliness, lovelessness and ensuing motivation void. Having a partner is what drives a male, and most likely why boomers are the most successful generation of our time, having had the best gender dynamics and the added bonus of the best wealth-generating wave for the middle class of all of human history. I am still yet to conclude if the plight of loneliness is more related to economic conditions or if the economic conditions come with the population pyramid of larger younger generations versus our current inverted pyramid of demographics. However I am sure having a larger younger generation makes way for a wave of good economic conditions versus a smaller number of young people having to care for a larger unproductive older generation. Understanding what segment you are in is the easy part, however accepting that place is even harder. Sometimes accepting that place makes me think I must eliminate all my current social contacts that aren't living up to standard, as keeping these is just creating hopium where there should be none. It means I have to delete dating apps of which I keep finding myself downloading for 3 or 4 days before deleting at the sight of 100 profiles of the same hands holding a glass of wine.

That is the dilemma I constantly find myself in now. Removing all unfulfilling social connection in order to turn off the hopium so I can more happily exist in a setting without hope. The problem I have with that is my mind still believes I might come across someone who puts me back in the game, having had girlfriends in the past, it is likely, however none of them were ultimately fulfilling. So here I stand at the fork in the road, one way to complete self-directional fulfilment and ignorance of relational and social desires, or the other way back to the decaying plantation land for one more ride. 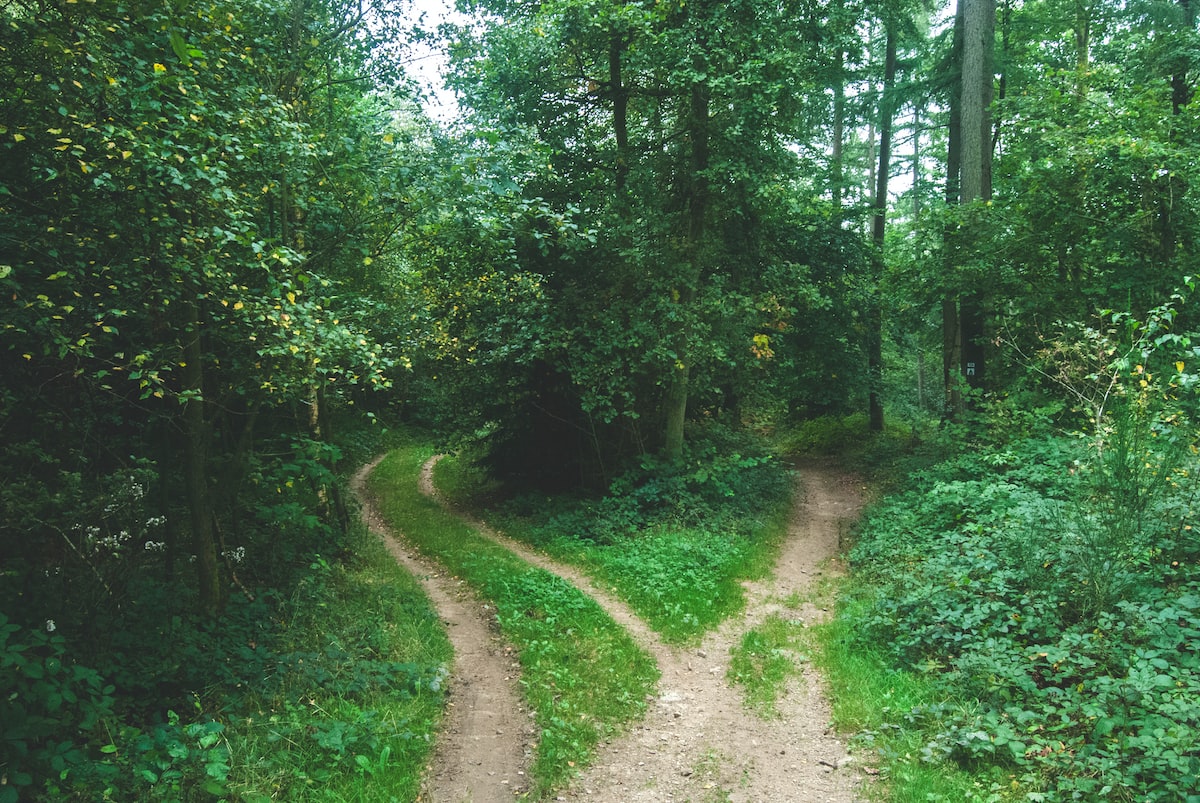