Comparison to the Fall of Rome

What can be assumed by all these talking points and finger pointing is that we are definitely experiencing decline in most Western Nations. What we are not experiencing (well…yet) is the barbaric infighting that plagued the downfall of the Roman Empire. There are, however, similiarities.

Let’s take Klaus Schwab’s ‘Circular Economy’ for example. The ‘Circular Economy’ is a social agenda to implement mass recycling, upcycling, re-using, re-selling of old materials or goods and items you no longer want or use. Now if we look at the fall of the Roman Empire, the people began to take materials from dilapidated and abandoned buildings to reuse, sell, or recycle, particular iron based materials such as nails as the price inflated due to people no longer bothering or feeling the need to keep up the manufacture of these goods, whether due to price and supply pressures or the crumbling of the societal framework. Naturally, the people were drawn to a ‘circular economy’. This is one example of what I am calling a ‘Planned Collapse’. By attempting to seed the culture with a ‘circular economy’ through pressures such as ESG investment strategy, the central powers are attempting to condition the culture into this in order to prevent a barbaric style collapse. A planned collapse, one where they still remain in control during and after the collapse, unlike Rome, through pre-conditioning.

Next we’ll consider the degenerate promotion of homosexual behaviours. This kills two birds with one stone, through promoting these behaviours, they are able to influence the most “educated” via the institutions and social media they attend and consume. These behaviours were similarly rampant in the wealthiest eschalons at the end of the Roman Empire, while the peasants were too busy fighting, plagued by new disease brought from interaction with other lands and coloured peoples, or because they on the move from the increasingly barbaric cities. Income inequality was exponentially increasing. Current day promotion of degenerate behaviours has the added effect of distracting a large portion of “conservatives” who are allowed, within a framework, to put up opposition to the practice of promotion. This is just an added pressure distracting those who tend to practice monogamous procreation from having offspring. It creates gays in the “educated” middle class and also distracts would-be parents of the same class procreating. This exacerbates decline, particularly in IQ over time, leading to a dumber, more controllable society. Their major blindspot here though may be having enough intelligent people to control the dumb people. You can already witness this decline by attending your local McDonalds, witnessing the stark change in staff that now work there compared to only a few years ago and the signs of decline are ever-present in their customer base.

What about the scamdemic? The tyranny of the last two years could be a practice run of the disease they expect to plague an ever-increasingly unhealthy bunch of people dumped into ever-increasingly dense cities. Think ‘pod’ living. We can extract from the fall of the Roman Empire that disease played a cruical part in the loss of power and might, with disease mainly being brought back from foreign, non-genetically similar, lands. We now are plagued by the terrible policy of keeping wages down - unfettered immigration from turd world countries, bringing an ever-increasing amount of very dissimilar peoples into former European-descent dominated Nations. Combine that with a Lizzo-like population eating ‘goyslop’ (think $3 tacos and fast food), not exercising, and engaging in unhealthy habits such as unbridled sexual affairs and an increasingly hostile economic environment leading to lowered immune function thanks to stress hormone production, and we have a plague situation waiting to happen. Now they intend to control the collapse via mRNA vaccine technology, as we can see by the amount of manufacturing facilities for these drugs approved in recent years, supposedly ‘proven’ during the last two years, but as we can see, did not prove to be too successful despite those still believing their vaccine did something against a respiratory detox from their unhealthy habits. If anything, these people that actually did get sick, as they would have had their TV not be turned on, should have taken their illness as a warning their body is on the brink of collapse. I do believe this whole drama was indeed conditioning for the use of mRNA to potentially be the miracle cure for the diseases about to plague the society I described earlier here. This is just so it can be a control mechanism to use in a population that will begin experiencing Roman Empire collapse-like disease outbreaks where the population would otherwise get out of control if there wasn’t a known cure to rely on.

In terms of political leadership, we can see from the end of the Roman Empire that leaders rise and fall very quickly, they are chopped and changed at a whim, they mostly aren’t very smart, it chopped and changed from dictatorships to democracy and back again, at times people didn’t know who was in charge and at times different groups thought different people were in charge, the British tried to overthrow the Empire at Large and vice-versa. Poor leadership ignored outlier groups who had time to organise and eventually took Britain back, although the city areas had declined to ruin by the time this happened. The city was abandoned and people more or less returned to tribal villages leading to the beginning of the Medieval era. We can definitely see this in our leadership in Western Nations today, although they have still been able to maintain their facade so far. For example, the UK has just deposed their elected Prime Minister and replaced him with an unelected and highly unpopular woman who seems to have just come out of nowhere, installed an entirely new cabinet, of which the diversity-hire Chancellor has already been given the boot due to incompetence, and trust in the government is decreasing speedily with the pressure of worsening economic conditions. Australia has experienced over a decade of chopping and changing Prime Ministers and State Premiers on a whim, each less competent than their predecessor. This seems unplanned, and another blindspot if they aren’t careful. What is different to the Roman Empire may be that the State has its tentacles very entrenched in the functioning of society and that machine basically runs parallel to the actual face of government, meaning that the machine just keeps going despite who is on the throne or how often musical chairs is played.

Further to political leadership, we also have warring factions of small hat oligarchs which can make things very confusing, for example the Russia-Ukraine situation, which is very hard to determine the desired outcomes of the people behind Putin and Zelensky with the Greater American Empire (Central Bank/BOE) backing. Below the small hats we have the NGO’s and Summit bands such as the WEF and UN as well as their funding billionaries with the likes of Soros and Gates and then new-tech wannabes such as Elon Musk. This is an added layer of complexity to our situation compared to Rome. We have these warring oligarchs each vying for control of the citizenry and/or government, each with their idea of a Planned Collapse. Some of them seem to collaborate at times and other times not so. Proof of that would be the wide adoption of Agenda 21/2030 Sustainability principles whose origins can be traced back to the aptly named Club of Rome committee who I believe consider the idea of Climate Change to be the ultimate tool of control for the Planned Collapse.

Lastly I will consider the ‘mental health crisis/circus’. The planned component of this I believe is to comatose the population to avoid dissent and violence that generally comes with civilisational decline. People are becoming more isolated and atomised and economically outcast, think ‘you’ll own nothing, and be happy’. The most obvious framework for this can be taken from the works of Aldous Huxley with ‘Brave New World’, where everyone is on the drug ‘Soma’ to keep them in a zombie-like state. Movie portrayls of this dystopian concept usually have a main character who stops taking these drugs or is immune from their function and attempts to do what passionate citizens historically do during the fall of civilisations, attempt to restore tradition, alert everybody to the bullshit and stop the descent into a totalitarian control state. Hijacking mental health to put everyone on drugs is a highly effective measure of the Planned Collapse manifesto. The population is conditioned by social propaganda to alert any dissenter of the popular opinion to seek ‘therapy’. Therapy is basically rehabilitation back into the machine and will usually entail a prolonged period on these comatosing drugs, with little, poor or no assistance to ever wean off them.

This is an extremely complex decline and prolonged collapse of an Empire we are experiencing, possibly the most complex every experienced thanks to technology’s influence on homogenising and connected all corners of the world and allowing us to be provoked by instant circumstances and events. Technology at the same time is also providing the platform to spread the word, form groups and fight back against the degeneration. All of the propositions in the opening paragraph are current predicaments in the battle for forging a better way through this decline. The good thing is we do have access to the ways in which they are planning the collapse, the best access to historical records ever and ways in which to communicate with a large reach of audience. The Roman Empire shows that we barbarians can restore our way of life if those upstairs keep warring with themselves. Perhaps we are forging a new and better way without yet knowing it. 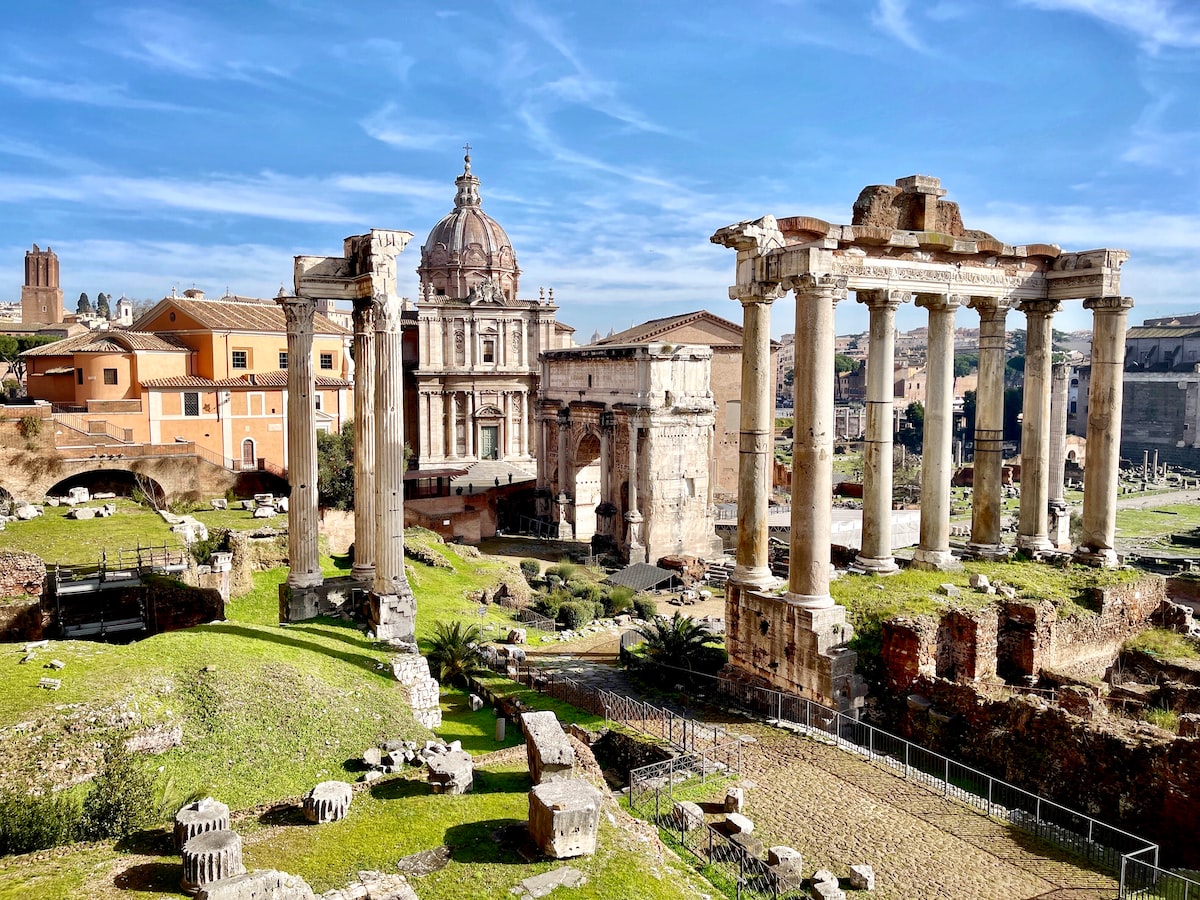