An Allegory of Despair Escapism

Manyof us in the ‘dissent’ sphere, manosphere et al. could probably
think back to an early moment in life where there was some moment of
intellectual clarity. I don’t think critical thought is something
you just happen to learn at age 30 one day unless you’ve had some
kind of trauma event in childhood which would block it. This is
something you are seemingly genetically disposed to. Once you begin
the eye opening research it certainly sets you on a path for what
seems almost complete and total social isolation and therefore become
a ‘dissenter’.

The word ‘dissenter’ in post-enlightenment usage referredmainly to religious diasporas stemming from Protestant Church of
England resulting in groups like the Quakers, for example, which has
been attributed to Captain Cook and the building of Australia as a
penal colony. The word now more commonly used is ‘dissident.’ The
usage of these terms almost coincides with the twentieth century’s
worst world event. The religious usage of the word ‘dissenter’
pretty much stopped and the usage of the word ‘dissident’ began.
This to me highlights the changing world paradigm that World War 2
brought upon us, from a reglious based society to a statist based
society, “Our Democracy”.

The Nordic countries seem to be at the cutting edge o f cultural change, and their distinctive character seems to reflect a
synthesis between the Protestant ethic and the welfare state. As
­chapter 2 demonstrated, Protestantism left an enduring imprint
on the people who were shaped by it. But the Social Democratic
welfare state that emerged in the Nordic countries in the 20th
century modified this heritage by providing universal health
coverage; high levels of state support for education, extensive
welfare spending, child care, and pensions; and an ethos of social
solidarity. These countries are also characterized by rapidly
declining religiosity.

Thus my theory is that this changing of the word suffices what heis describing here. The old ‘Dissenter’ was pulling away from the
religion and creating their own group hence the ‘sent/er’,
whereas the modern ‘dissident’ is a disagreement and despair or
grieving, sitting oneself apart with a fear that the previous society
they long for is over or ended ‘side/ent’.

Now that we can see what a dissident is in our lived moderncontext we can seek to decipher what the hell it is we are doing in
our apparent malaise.

Consider the terms that get thrown about, red pilled, anti-thething, right wing lunatic, far right, incel, blackpilled, sigma male,
alpha beta omicron male, misogynist, cooker. These are basically
terms to label the dissident or the disaffected (think bonobo studies
- incel is cast out/isolated). What is different is that there is yet
no cohesive movement in the dissident realm, contrast to Dissenters
who were able to form powerful sects or organised groups. It has been
nearly a century now since the world paradigm shifted away from
religion and still no group.

Rapid cultural changes, exacerbated by economic distress,have triggered a powerful authoritarian reflex, and we are witnessing
a democratic recession, not only in countries that never had
deep-​rooted democratic political cultures but even in established
democracies such as the U.S., Britain, France, Germany, and the
Nordic countries. Is this the wave of the future? It largely depends
on whether developed countries learn to cope with advanced knowledge
societies’ inherent tendency to have winner-​takes-​all
economies.

Western societies in particular experienced a very unique periodin history post WW2 which has resulted in the decadence experienced
over the last few decades. This period has now clearly plateaued and
beginning a clear decline. Ray Dalio explains this period very well
in his presentation ChangingWorld Order by Ray Dalio on YouTube. Dalio explains thatpost-decadence income inequality and other social issues begin to
arise. Inglehart and Dalio have very similar explanations for what is
going on and, combined with a plethora of recent world events, this
is where I believe the modern dissident is beginning to take on some
kind of meaningful form.

Recent events have caused much turmoil in the entire worldpopulation and those rejecting the magic elixir proposed as the
society-saving solution have suddenly exploded in possibly the
greatest amount of dis(sident) information to form in the history of
mankind. Now, out in the open, is everything from the plans for the
re-birth of the Khazarian Empire to the plans for the ultimate
utopian sustainable welfare state of UBI or CBDC. Elites will no
longer be able to rest behind closed doors in implementing their
plans as there has been a great awakening of people who are busy
creating, communicating or consuming dis(sent) content. What we now
have is a techno war of information.

James J. F. Forest concludes in his book ‘Digital InfluenceWarfare in the Age of Social Media’:

Digital influence warfare involves the use of technologyto exploit our doubts and uncertainty about what we know. This
uncertainty has been heightened through the rise of postmodernist
arguments used for political, social, anti-science, and other
purposes. In turn, postmodernism has led to “post-truth,” a
framework of discourse that questions the very existence of truth
(that which is supported by agreed-upon facts and evidence) and
suggests instead that we should be able to embrace “alternative
facts.” This discourse has combined with the rise of digital
influence silos in which individuals eagerly embrace and defend
different interpretations of truth, many of which have no factual
evidence to support them. All of this disinformation and
self-deception has produced fractures in society that undermine faith
in political and educational institutions, scientific research, and
so forth, making it impossible for Americans to maintain a healthy,
civil society based on a shared perception of an objective reality.

My opinion based on this excerpt is that it is unlikely thatScientism will ever provide a ‘truth’ for humanity, moreso it
will only provide an ever-increasing dis-trust and ever-increasing
‘facts’ that ever-increasingly prove that previous ‘facts’
were baseless and wrong. If it is seeking ‘truth’ that is the
driving force of humanity for all time, I truly doubt that Scientism
will hold out. No one is willing to go to the guillotine beholden to
a view on climate change or vaccines, intuitively they know there is
always some doubt. Contrast to religious belief, stoic and truthful
belief in a higher power can drive a man to passionately accept his
own death.

Science is there to see and deliberate upon, its flaws are plainto see and extract. Religion is spirit and belief, a truth is a
lifelong, civilisation-long, all of humanity-long quest for truth
that perhaps can never be discovered, but at the same time cannot be
questioned. Science is not within us, it is an alien force attempting
to peel the wonder and awe that is what exists here in us and in
front of us, it will never have a conclusion, it will never have a
truth, it seeks to destroy itself by consistently finding its own
flaws. Dissidents see this, and it is why most involved attest to a
higher power, the structured moral fibre it brings and the subsequent
society based upon it.

A Dissident’s purpose is to unravel the Scientism currentlypoisoning our societies, the Scientism that tears our families apart
with its climate propaganda, its vaccine solutions, its comatosing
pharmaceuticals, its sterilization of the public through chemicals
and plastics, its AI computer-humans it seeks to deploy, its
mathematical computer currency it seeks to implement to control our
purchases, its mental health based society it seeks to implement to
destroy what is male and female, love, family and children.

Some hope from II Corinthians 4:8-9

We are experiencing trouble on every side, but are notcrushed; we are perplexed, but not driven to despair; we are
persecuted, but not abandoned; we are knocked down, but not
destroyed…

I know that the Church is also not a place to turn to at thistime, many are filled with boomer-generation science-believers, or
the evangelicals where it is basically one big youth club accepting
all degenerates.

He has rescued us from a terrible death, and He willrescue us in the future.

What we can take from this is that yes, we are in a slippery slopeslide into “end times,” but end times have occurred before, the
end times may not culminate in our lifetime, and current
circumstances may not present us with a sufficient mother to take on
the burden of our offspring, but do not despair from the end of your
personal bloodline.

You see it doesn’t matter if our personal bloodline ends, we areall the blood of Jesus, if we are so blessed to see through the
rulers, is it not our duty to fulfil dissent? Is it not our duty to
not despair in what our purpose is against these rulers? All of time
has required people of our nature and now is again an imperative time
when we are much needed to do the work of God. We must write,
communicate, interact, not be so selfish as to wallow in our sexless
lives devoid of the trad wife or husband, or the economic conditions
to procreate if we indeed are so lucky to have such. 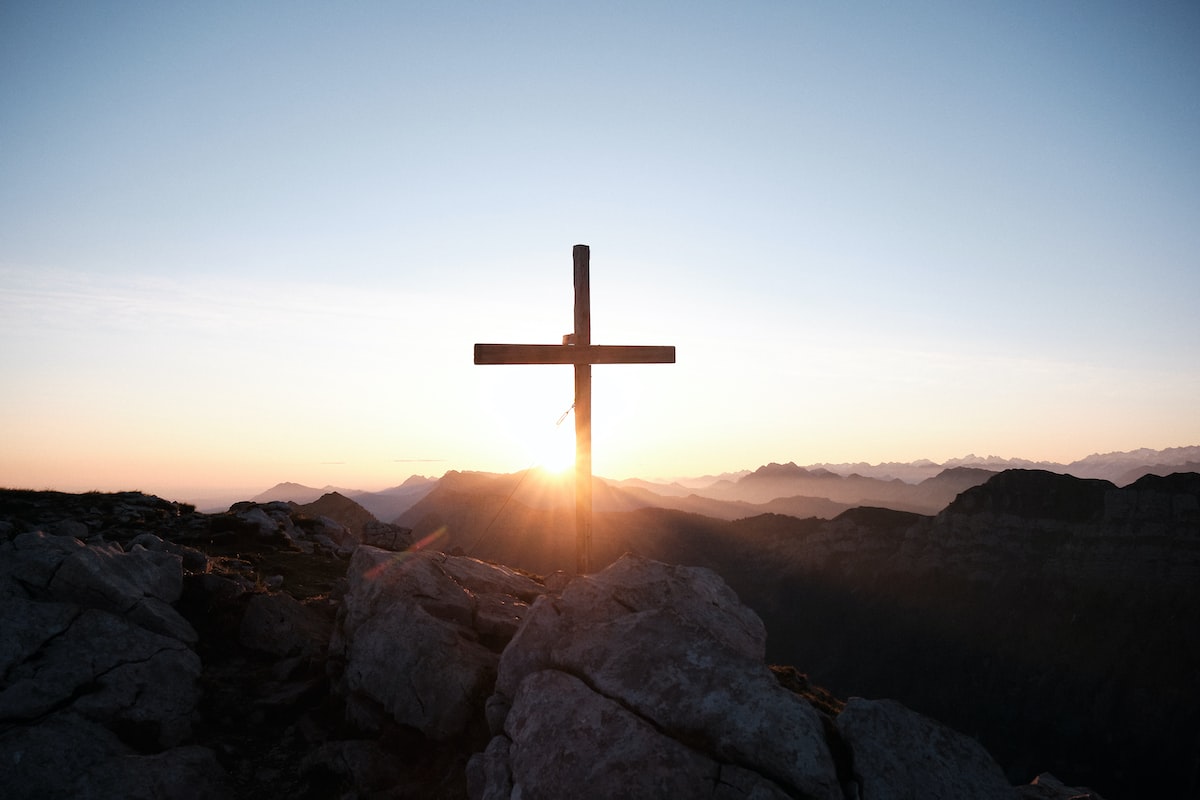